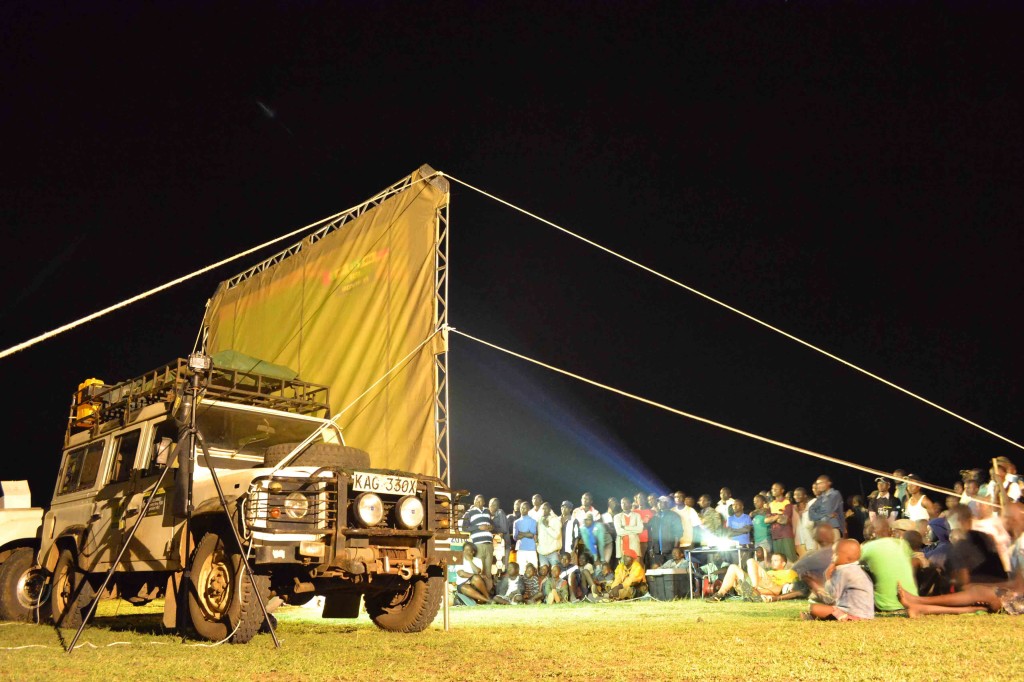 Day 5 – Mbita: Battling the elements on the football field

It’s always slightly disheartening to wake up to a puncture – even more so to wake up to two – one on each vehicle! Luckily there was a workshop nearby so, after some quick tyre changes, we had all our tyres back in working order and headed off to Mbita, on the shores of Lake Victoria, for our fifth event. On arrival, we met with our partners for the event – PS Kenya and family FACES (Family AIDS Care and Education Services) and decided on the central football field for the event.

The Africa Goal team began setting up on the football field whilst our partners rigged up some speakers and a PA system to the roof of their car and drove around town to announce to everyone that the event was about to start. A crowd quickly gathered, intrigued by what this bright yellow-clad bunch of people were doing with a huge screen and satellite dish on the field!

Medical Corps International (MCI) also arrived to set up their tents for HIV counselling and testing, which quickly got underway as the match started. In the meantime, the PS Kenya and FACES peer educators circulated amongst the crowd to speak to small groups about testing and demonstrating correct use of condoms.

Since we had such a big open space to work with, we left off the backing of the screen so that people could watch from either side. Everything was going swimmingly until a huge wind swept in, our massive screen straining against the force like a sail! With team members struggling to hold the screen in place, and not sure whether the wind was coming ahead of a rain storm, we decided to lay the screen down for a while to assess the situation. The wind had also blown the satellite dish over, losing signal in the process. Thankfully, the wind died down as suddenly as it had started and the rain clouds blew past us so we were able to get it back up and running pretty, with a big cheer from the crowd as the match came back on the screen, this time with the cars parked behind the screen to protect it from any more sudden wind gusts.

Unfortunately , the HIV testing tent had also been blown down by the wind so testing had to come to a halt, although MCI have a drop-in centre nearby in the town so anyone who hadn’t managed to access testing on the night was introduced to the medical doctors and referred for testing at the centre the next day. On the night, 19 people accessed HIV testing – and at least 20 more were expected the following day – not a bad result for an area where HIV stigma and discrimination remains high.

During half time and after the match, the peer educators took to the platform to hold HIV questions and answer sessions with the audience members. This was a great opportunity to dispel some of the common HIV myths which prevail, such as whether HIV can be transmitted through kissing or sharing plates and where HIV comes from (many people continue to believe that people living with HIV have been cursed). 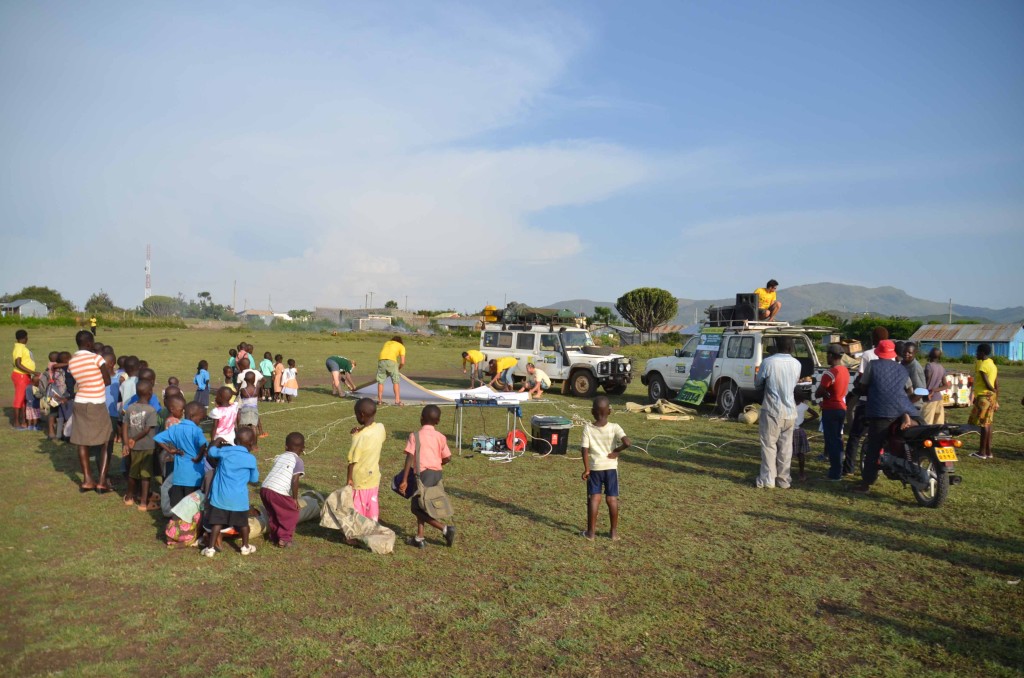