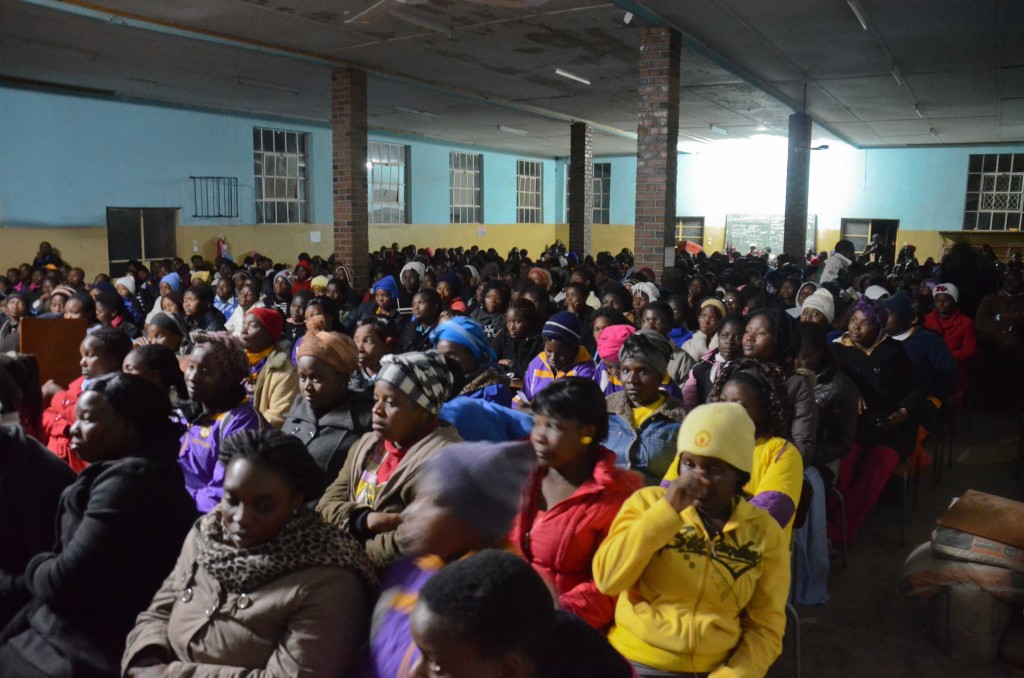 Our second night in Masvingo, we again worked with BHASO (Batani HIV/AIDS Service Organisation) who had arranged for us to show the match at the local teacher’s college in a more rural area of Masvingo. We drove about 15km off the main road along a wide, dusty track with a once-paved lane down the middle to get to the college – quite different from the technical college the previous night, which was right on the outskirts of town. We arrived at a large hall, which was already full to the brim with over 600 people. A loud cheer broke out as the first Africa Goal team members entered the hall with an armload of equipment. We set up the screen and speaker on-stage, with the crowd watching and reacting excitedly, which made us feel like a troupe of actors. Once the speaker system was up and running, our incredibly dynamic partners started a question and answer session that got the crowd so animated that a dance party erupted on-stage. In fact, in contrast to our other events, it turned out that many were there more for the HIV information session than for the football. By the time the match started at 10pm, the crowd had dwindled somewhat, but those that remained were invested enough to stay through the extra time and the penalties, which didn’t end until well after midnight.

This was our first indoor event of the campaign and we were all quite relieved to be warm for a change. As we have driven further and further south, the fact that it is winter in Africa has become more and more evident. The evenly matched game between Argentina and The Netherlands was quite a contrast to the Germany-Brazil match of the night before. The Africa Goal team and the crowd were fairly divided in their loyalties and the penalty shoot-out made for an exciting finish. Audience members were very excited to receive information packs, including posters, pens and booklets. We were not able to include the condoms that we usually have in the packs because the college is a Catholic institution and their policies do not allow the distribution of condoms. Nevertheless, if students do want condoms, they are able to access them through the on-site clinic so this information was passed on to the students. It was very encouraging that the students, many of whom were women – another rarity for this event, were so enthusiastic to take part in the HIV information session and our partners were able to make it such an enjoyable and exciting event. 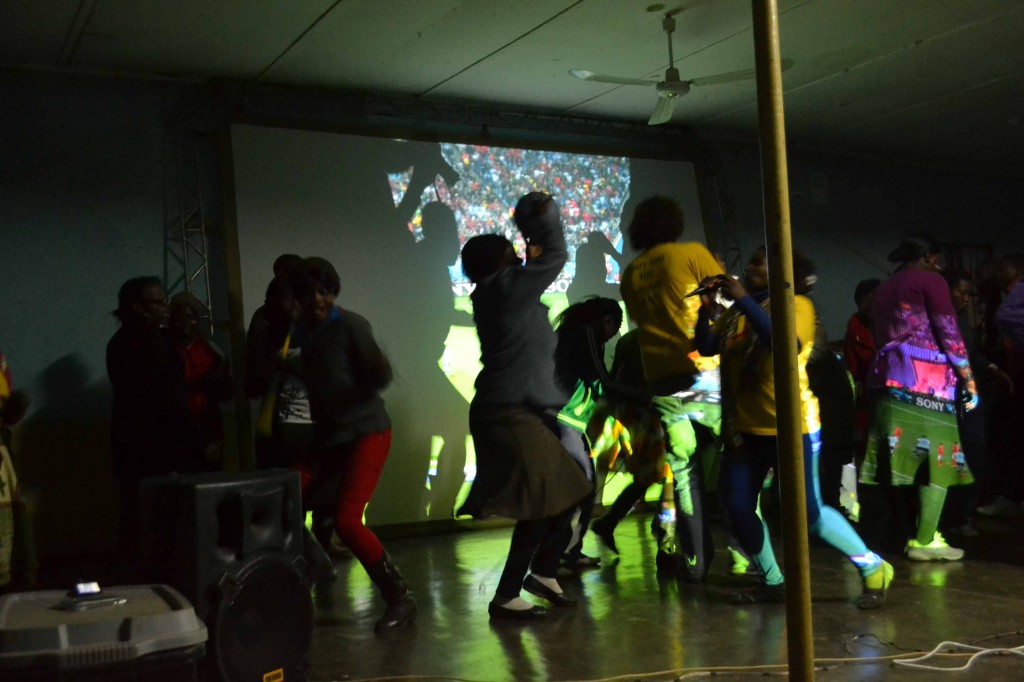