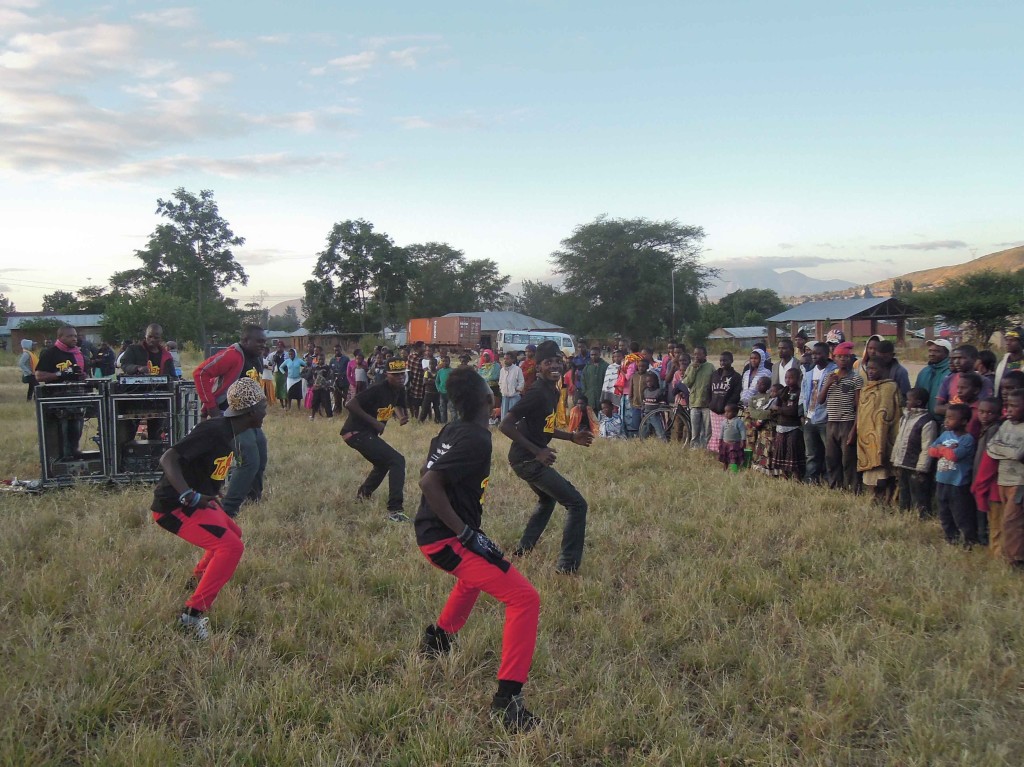 Around 60km before we reached Iringa, we met the Jhpiego team in a small trading centre called Ilula. Jhpiego had already set up their mobile dance stage – on the back of the pick up truck as we set up our equipment next to it and got underway with the event. We all definitely felt the huge benefit of three extra pairs of hands and set up our equipment in double quick time!

Jhpiego work with IDYDC for their Iringa activities which was very exciting for us as we had partnered with IDYDC in 2010 so they already had a clear idea of how the events work and were very well organized to make the most of it. We were so impressed by the amount of energy that all the Jhpiego and IDYDC guys had – D-Jing, dancing and conducting games and quizzes to keep the audience entertained in the lead up to the match. They had a group of traditional dancers who performed an amazing dance too.

About 10 minutes before the match was due to start, disaster struck. We had found satellite signal and all was fine but we suddenly lost signal and had an error message on the screen. Not sure what had happened, we double and triple checked all our connections and went through all the settings – everything seemed to be fine but the error message remained. We called DSTV to ask if there was a transmission issue and were told that, due to exchange rate fluctuations, the payment we had made for our second month’s subscription was now a couple of dollars short! Thankfully, the man we spoke to was sympathetic to our problems and reconnected us on the agreement that we would top up the following day. Whilst we were still on the line, the picture came back and we were good to go again – phew!

It was a great event – made so because of the huge effort and enthusiasm of our partners, Jhpiego and IDYDC. Despite competition from another event in town, we had a huge crowd with around 600 or more people and Jhpiego registered 40 people signing up for voluntary medical male circumcision, a fantastic result for an evening’s work – we’re already looking forward to the 2018 event with Jhpiego! 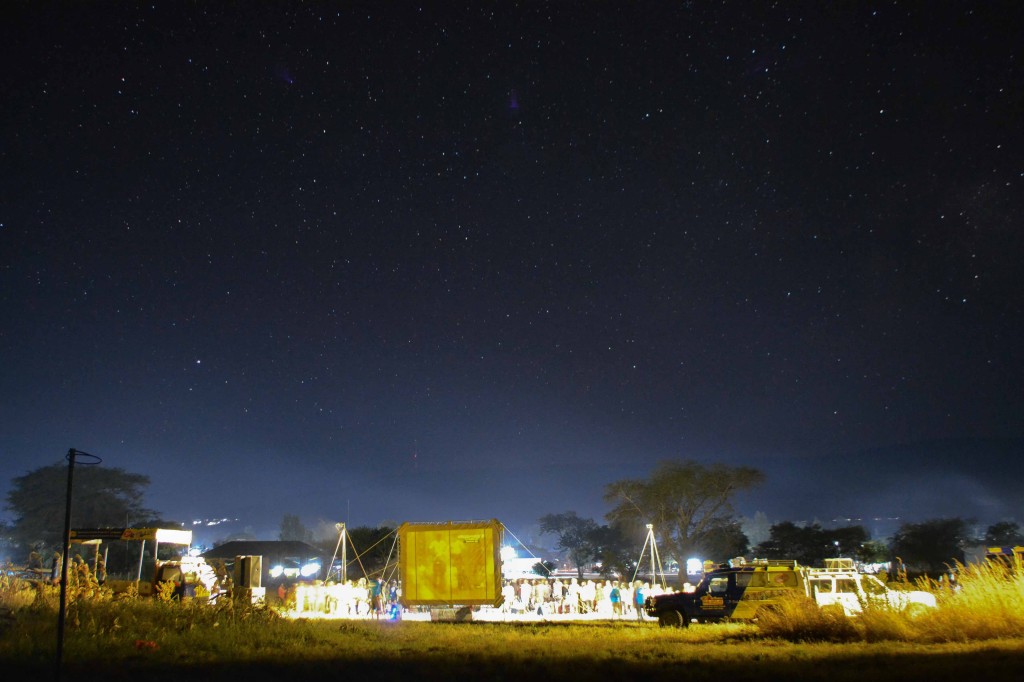