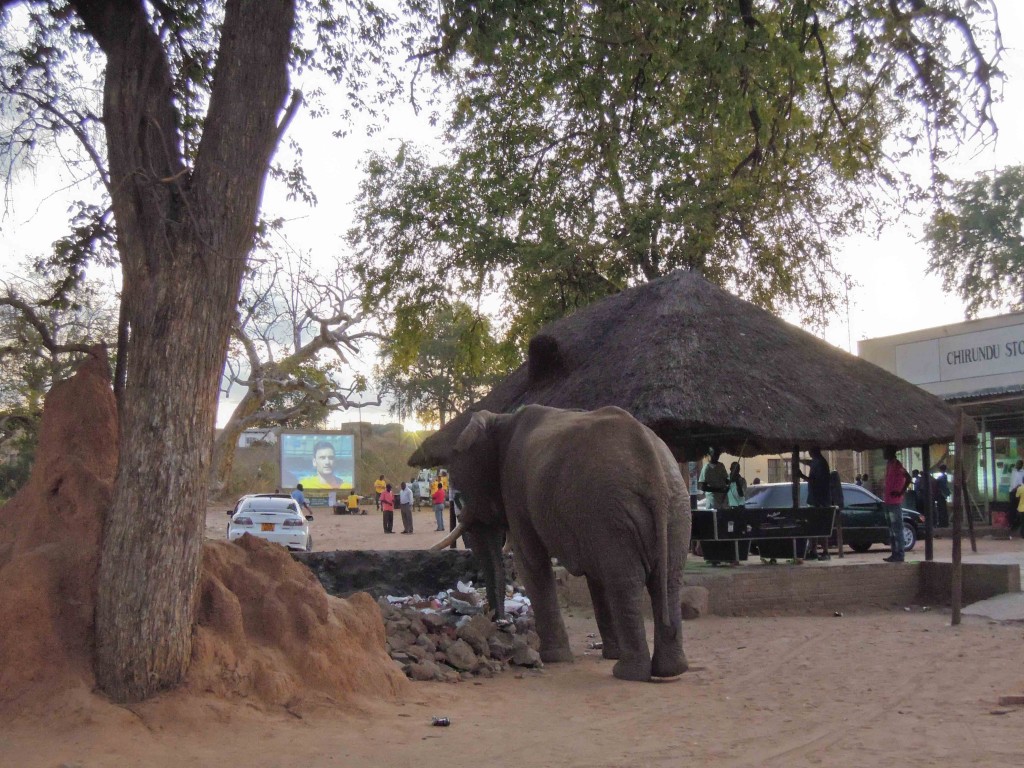 Day 23 – Chirundu…Elephants and Truck Drivers at the Border Crossing

After a relaxing couple of days by the Zambezi river, near the Zambia-Zimbabwe border, we were excited to have the opportunity to show the France-Germany quarterfinal match in the border town of Chirundu. Our original plans of reaching Harare that night fell through, but we were able to make a last minute plan with the National Employment Council Transport Operating Industry (Nectoi) in Chirundu, which gave us some additional time to relax and also to put together 600 information packs in preparation for the next couple of events. Shamiso Chisauka is the site agent for Nectoi and acts as an HIV peer educator for the town.

We were a bit apprehensive about the choice of venue in Chirundu town – just next to a busy bar where truck drivers were already enjoying bottles of Sorghum beer. However, Shamiso assured us that this was the best option and we realized that we would be reaching one of our main target audiences. Sure enough, the crowd was almost exclusively male and many were truck drivers, who are a high risk group when it comes to HIV.

We were pleasantly surprised when one of the first guests to take an interest in the set-up was a bull elephant! Unfortunately, he wasn’t there to watch football, but rather to rummage in the large, open rubbish heap just in front of the bar. The residents of the town told us that some elephants have become very accustomed to being among people and eating rubbish. While it was exciting to have an elephant in our midst, it made us sad to think about the implications of population growth on the environment and its wildlife.

The match drew a crowd from the bar nearby, while others watched from a distance. During the match, we distributed information packs and, with the help of Shamiso, spoke with small groups and individuals about HIV. The local residents were aware of the clinic with HIV testing facilities available in the town and most had been tested as well. They were all grateful for the opportunity to watch the game and for the condoms and information in the packs that we handed out.

Most were happy with Germany’s 1-0 win over France. The team was mostly relieved that it was only a short drive back to the place where we were staying, where we then enjoyed a late dinner of fresh Tiger fish from the river. 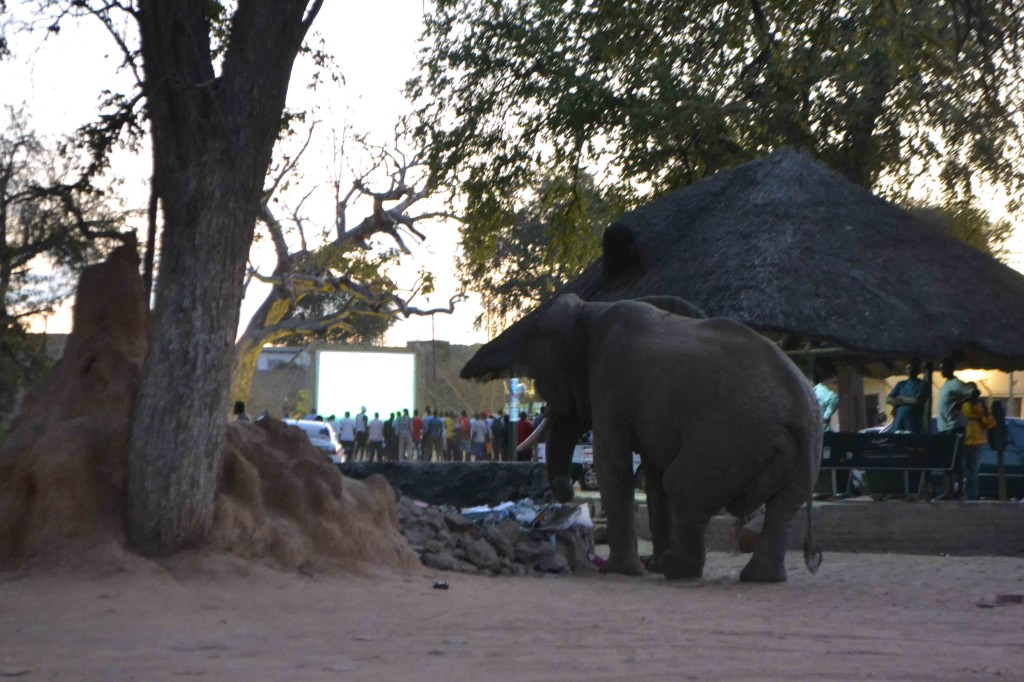